I always wince a little when I see feminist women talking about feminism to enthusiastic females eager to talk about females and feminism. I get it. It instils confidence in the less confident ladies out there that may have imposter syndrome and need a pep talk. Keep it up for sure

But that’s treating a symptom of sexism, let’s treat the disease too.

And the root of the disease is sexist men. Get rid of sexist men and the sexist women will disappear, the under-confidence will fade, and the world will blossom.

Little by little sexism will become like smoking. A dirty habit that one tries to hide from others. One by one they will quit and the world will be a better place.

If you are female and your first thought is “we are strong independent women who don’t need men to help…” then you’re an idiot. It’s not about your ego. Shut up. It’s about making the world a less sexist place by changing the ways of the sexist men.

Let’s see. I’ve picked on males, females, racist people, sexist people (and probably sounded quite racist and sexist in the process) … I might do a big sweep and pick on the 99%.

OK I’m not going after all of the 99%, just those that identify as being The 99% and especially those that have a t-shirt saying so and a tent in a public place to protest and want to be deep inside Wall Street. I’m sure Wall Street would love to occupy them too (ya know, up the ass).

I was going to write all of this with made up figures, but found an article with even better numbers. They didn’t quote a source, so I’m not quoting them. Which makes it double-legit.

That awful, greedy, nasty, grey haired evil 1% accounts for 1/3 of charitable donations. A fucking third! If your immediate reaction to that was a sentence that started with ‘yeah but’ and included any sentiment including ‘more to give’, ‘less as a percentage’ or ‘tax breaks’ then you’re a jerk, my friend. A big fat jerk.

Because the people on the receiving end don’t care. They just care that they have food/water/shelter or whatever the fuck charities are for. And you’re going to sit there on your dirty camp chair claiming that Rich Dude One only gave a cool couple of mil to people in need of pants just so he could pay less tax?

You need to build a little complexity into your model of hating rich people. Start with ‘they broke wall street and I lost my job’. Keep all the other negative views you have as well, why not. Now breathe … and add in the fact that they cover 30% of charitable donations while you’re sitting in your tent, and (in the USA) a whopping 36% of the taxes. 1% paying 36% of the taxes. If the 1% shirked their tax-paying responsibilities, the 99% would need to cover that lost 36%. And if you think their bonuses are ridiculous and want them all halved? Same effect, dipshit.

If you’re having trouble mixing positive and negative thoughts about a single group of people in you’re head then I’m afraid you’re still a jerk and there’s little hope for you.

Saliva, scientists everywhere are gagging to know what it’s for. But surely, whatever that reason is, there is one.

I understand that at times, one can come to the realisation that the saliva within one’s mouth is no longer desired. These things happen. Not to me of course, but my ability to see the world from the perspective of the average idiot is one of my Seven Charms. What I don’t understand is how someone takes the thought “I do not want this saliva in my mouth any more” and carries it through to the thought “the best way to be rid of it is through my outside mouth-hole.” Do these people not know of their inside mouth-hole? It’s a great hole for making saliva that was at one point in the mouth, be not in the mouth any more. In fact, it is such a great hole for this particular task, and is used so frequently that the whole process has a name. Swallowing. Swallow your saliva, idiots. And as a longer term goal, whatever it is that’s happening to your saliva that makes you want to part ways with it. Stop doing that.

We need to talk. There’s something that’s been on my mind for a while now and I feel I need to tell you. It’s about the photos that you’ve been posting.

This is exactly how interesting your photos of food are to people that aren’t you: 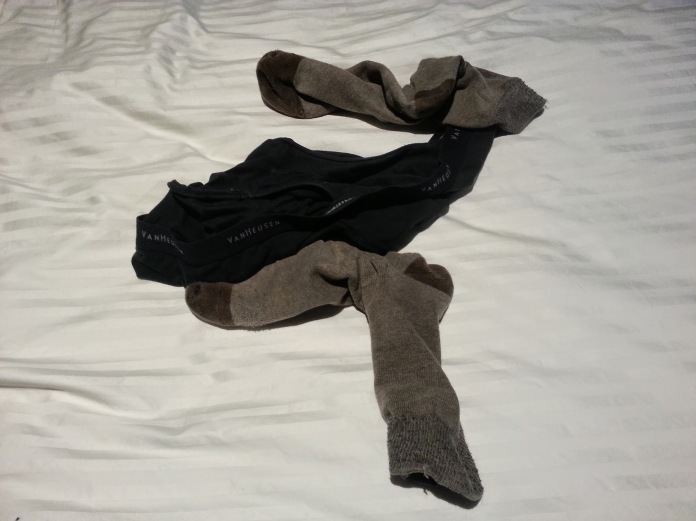 And the people that comment on your foodscapes (“oh yummo lol!” and “that looks great!” and “I’m totes going to make this for my hubby next Wednesday after his surgery!”) are not your friends. These people are mocking you; they despise you.